We hope everybody had a great/terrible/okay/lonely/lovely Valentine’s Day! Now that its past us let’s look forward to the future, say this week?…

Kicking off our list of Friday happenings is the Shortwave Society performing at Dogtown Roadhouse in Floyd! Part electronic, part acoustic, part orchestral and all pop this eclectic group from Knoxville put on quite a show. I saw them at last year’s Floyd Fest and thought they were one of the better acts to play the bigger stage. The string arrangements are worth going for alone! Make it a point to head out to Floyd on Friday night, catch the Jamboree, head to Dogtown, grab a great wood fire oven pizza and enjoy the sounds of the Shortwave Society. Show starts at 8pm.

Also on Friday (2/18) at the Bazaar on Brandon Rd. the Circus Practice and local magician Nelson Oliver put on a special birthday bash! The Great Aquarius Birthday Bash will be celebrating the birthdays of Bazaar owner Jamie Booker, Circus Practice member Sarah Garrison and local craft maker/lover of music Cat Conover. The admission is $3 for Aquarius people and $5 for the rest of us. I hear there may be a Scorpio revolt in the parking lot! Starts at 9:30pm. 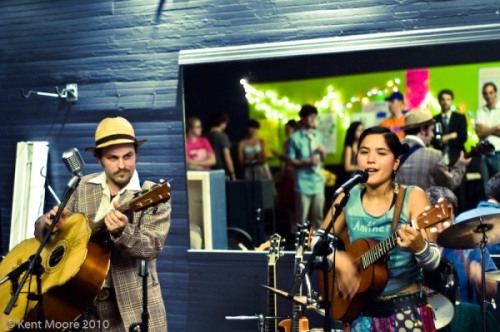 To round up what’s happening on Friday is Another Roadside Attraction playing at Village Grill. Starting at 9pm and running late these folks have enough material to keep you entertained and rocking all night. One of the most eclectic and original bands in Roanoke and worth stopping by for a while if not the whole performance. Go to the Grill and grab one of their wraps (I suggest the SouthWest with Buffalo Chips) with a Roanoke Railhouse and check out Another Roadside Attraction! Its FREE!!!

On Saturday the Bazaar hosts yet another awesome show of the weekend with the Bastards of Fate and Mount Pleasant/D.C. band Frau Eva. Frau Eva is an orchestrated folk rock band which has been playing shows since 2008. Come and welcome them to their first show in Roanoke! Stick around for Roanoke’s own Bastards of Fate! This show starts at 9pm and is $5 at the door.

That same Saturday in Floyd at Dogtown Roadhouse/ Sun Music Hall is Morwenna Lasko & Jay Pun. Combing elements of folk, jazz and funk the duo have been playing together since their college years. Graduates of Berklee College of Music and classmates of Esperanza Spalding, St. Vincent and Elizabeth & the Catapult this duo will play starting at 9pm and run late with the cover being $10.

On Monday at the Shadowbox 1986 cult classic horror Maximum Overdrive will show at 8pm. This movie was written and directed by Stephen King based on his book of the same name. Starring Emilio Estavez and… others this film tells a story of 18-wheelers that come to life to destroy humankind under the influence of a comet. Check out the hilarious trailer above and notice the Green Goblin grill on the truck towards the end of the trailer! 8pm sharp! 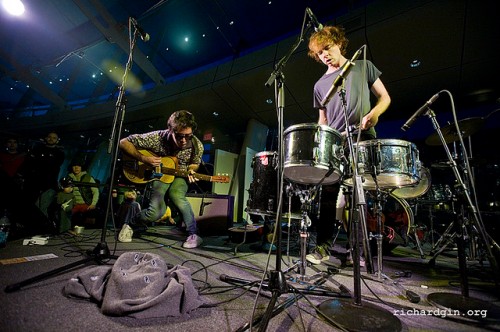 Also on Monday in Charlottesville one of my favorite New York bands comes to the Twisted Branch Tea Bazaar. The Beets headline the show while getting support from Junk Culture and Teen Dreams. This show looks to be a good line up and is worth the drive to Charlottesville. Presented by local radio station WTJU 91.1 and booking agency Holy Smokes. This show is set to start at 9pm, $7.